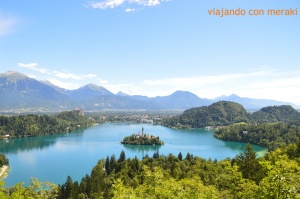 When everyone asked us where we were going on vacation that summer and we said its name, Slovenia was the great unknown to all: but where is it? Slovakia? What is there to see? I’ll answer all those who have thought the same when reading the title of the post:

Slovenia is a country of the European Union located between Italy (to the west), Austria (to the north), Hungary (to the north-east), Croatia (to the south) and the Adriatic Sea (to the east). It has a little more than 2 million inhabitants and was born in 1991, as one of the six countries in which the former Yugoslavia was divided (together with Bosnia and Herzegovina, Croatia, Macedonia, Montenegro and Serbia). The official language is Slovenian (impossible to translate), the official currency is the euro and the time zone is the same as in Spain.